The PIR sensor has been on the rise since co-working or the idea of shared offices has become a subject matter. The increase in the use of sensors in building automation or co-working spaces has been phenomenal. The PIR sensors serve the co-working industry to a great deal, unlike the conventional serviced workplace.

What is the right sensor for hot-desking?

Hot-desking is the new office management style. In this setting, desks can be used by many people at different times. To enable the real-time tracking of occupied desks, the space needs to be monitored all the time to assign in real-time. This works on the basis of software that is used for the pre-booking of the desks. This can help in maximizing the smaller space inefficiency.

There cannot be one right sensor for every space. The perfect PIR Motion sensors are chosen based on several factors. The selection of PIR sensors is based on the area the facility wants to manage and the size of one single desk. It also matters for how long the idle time is or if the slight motion is being detected or not. There are various detection ranges of motion detection sensors; it also senses the idle time and total occupancy time by the user. The real-time data is stored for the right allocation and better uses of resources.

The corporations working closer to millennial technology want to work in a colorful network with like-minded humans. The PIR has made collaboration and networking the new ‘cool’ thing at work.

How are workplaces redefined through PIR motion detectors?

The software that is used to help workers, managers, and new employees alike runs on IoT based sensors. The ability to reserve their seats is achieved by the PIR sensors that detect the motion and movement in the desired area. The PIR motion detection sensors come in a wide variety of sensing ranges. The most common PIR sensors are used from 2.2 meters to 17 meters. For Co-working spaces, the suitable PIR sensor has a detection range from 2.2 meters to 5 meters There are more types of such sensors that detect larger or smaller areas based on the need of the manufacturer of.

Sensors were once bulky, complex, and regularly inaccurate. But now the sensors have been rethought and the layout is so fantastic that it allows information series everywhere.

PIR Sensors Accumulating Data to Help the Tenants and Employees

The PIR sensors are used to make occupancy sensors, blasters, and other detect types of smart sensors used for building and home automation. The occupancy is the best choice for shared co-working places. Data allows you to make sure that the people need to work in the area which you provide. Sensor information can display occupancy styles and come up with painless insights into your construction.

Assembled with insights, you may be assured that any adjustments you are making for your workplace format and capability will replicate how your personnel or tenants behave, offering them an optimized area that they may not have even been conscious they needed.

What are the applications of PIR sensors?

The PIR sensors are used to make another type of electronic or electrical advancements like occupancy sensors. Occupancy sensors are those that detect the presence of motion in a certain area so track the real-time information for better allocation of desks in a shared co-working space. It examines how the co-working area is being utilized. This information may be utilized in a large number of methods and – in the current pandemic situation– many workspaces are using sensors to optimize the occupancy levels.

This sensor can also be used in smart lighting. The smart lights or lamps detect the same entity to function: motion or temperature. It saves energy and removes human interruption.

It has the best layout and frame to be integrated with an interface to connect the apps with the systems. These sensors are highly accurate and can be updated also with newer features.

The best feature of a PIR sensor module for a shared co-working space is that it has the smallest carbon footprint left behind and it also works up to 5 years with maintenance or any other calibration.

How IoT based PIR sensors can be useful for co-working areas?

The companies that are making the right products for building automation can highly benefit from PIR sensors and other components. This is how the IoT and co-working areas come together. Similarly, the IoT became popular due to the accessibility and connectivity for the common people; co-working areas are heralded as the brand new norm for workspaces that concentrate on flexibility and high-tech amenities.

This is particularly applicable in co-working areas in which a few corporations are working and information privacy ought to be the key. Consequently, cyber attacks and privacy need to be at the forefront with collaboration from actual property corporations, operators, and IT corporations to make certain protection in the current place of job.

Although the idea of a co-working area isn’t new, enlacement in popularity is estimated. The fulfillment of the co-working area may be in the flexibility and area optimization that the version offers. Coupling this with technology and enabling tenants to flex up and down relying on their needs and now no longer to be confined through conventional rent phrases will make certain co-working areas will set up the market.

On the problem of sustainability, smart facilities and hotdesking via PIR motion sensors also can make co-working areas healthier for the occupants. Such answers encompass temperature regulators and air purifiers, which work behind the curtain to make certain that the distance stays unchanged irrespective of what number is inside at any given time. Creating a wholesome workspace that also works as an exquisite motivation booster.

Top-tier centers are the principal draw of any co-working area, and IoT tech could make those centers sustainable, too. Sensors can cause lighting to show off as soon as humans go away from an assembly area to keep energy, and clever fee structures skip the want for paper receipts and files. 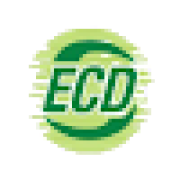 E Control Devices is the leading Indian Professional Distribution Company in the field of Electronic & Electrical Components established in 2012. We are 100% Authorized Distributor of #Panasonic, Omron, GIC, Eaton & 3M. We provide Components and Design Solutions like ( Home Automation, Indoor / Outdoor Smart lights, Warehouse Solutions, Corporate Solutions, etc. And also dealing in all kinds of Sensors ( PIR, Thermal, Environmental, Flow, Earthquake, Human Detection, etc. ) and Relays. Our Mission is to provide the Best Solutions to our customers through value-added services in shortened the delivery time period. We Also provide services for BOM Kitting.

Small Business Budget how to make it effective?