Mobile applications have become important tools to earn great revenue not only for individuals but also for businesses. But before hopping into the development process, it is crucial to know what operating system to choose for the application. Android and IOS operating systems support their native applications, and an application developed for Android will not be compatible with the IOS OS.

With the increase in business and entrepreneurial needs for mobile applications, there is a rapid growth in development. The number of Android applications will vary from the IOS due to the number of target audiences and the demand in the market. You must understand the market’s needs and then begin the development process. Make sure the people you are hiring to develop the application know the difference between an Android and an IOS application.

Keep reading this article to get familiar with some major differences between Android and IOS mobile application development.

Following are some of the major differences between Android and IOS app development.

Choosing the operating system for application development will depend upon your target market. In general, the number of Android users is higher than IOS users because of the difference in cost. So, the Android apps are developed keeping a global audience in mind and according to their needs. Regardless of your target audience, the application’s work must be top-notch. For perfect mobile applications, people consider the mobile app development Dubai developers for targeting and fulfilling the needs of the global audience successfully.

The widgets supported in Android applications are higher as compared to IOS mobile apps. This support difference results in a difference in the development of these applications for two different operating systems. The home screen display and the widget display for Android are more convenient when compared to an IOS application. An IOS user will only be able to enjoy the widgets that are available in the notification center.

Apple store has more complex processes and operations, which increases the safety of the IOS applications. In contrast to this, Google play is less complicated and has limited procedures, making it a little safe. But the application’s security mostly depends upon how well it is developed and how secure the code is. For secure and safer applications of any kind, you can consider app development companies like Spiral Click to ensure your app security.

So, what are your plans for mobile app development?

The development of your mobile application will depend upon your needs and the platform on which you want it to be available for the audience. Whatever the platform or your target audience is, their experience while interacting with the application matters. So, make sure to hire someone who has the expertise in developing applications of any kind without compromising user experience. 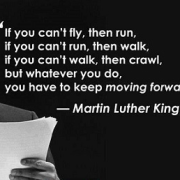 Kieran Edwards is a content writer and researcher, a regular contributor to It Ezine, Tekrati, TIM Blog, Explore Insiders, and other blogs. He writes about technology, finance, travel, marketing, and business.

The 9 Basic Essentials for Your Makeup Wardrobe