Which is superior between iOS and Android?

Without a question, Apple’s iOS and Google’s Android are the two operating systems that rule the smartphone industry today. There has been much discussion on which platform is superior between iPhone and Android app development users. But no consensus has been achieved. According to StatCounter statistics, Android currently commands a market share of over 76% of all mobile operating systems, with iOS coming in second with 22%.

Therefore, choosing the operating system on which you intend to launch your app and determining how much it costs to develop an iOS app vs an Android app, as well as the type of business you run and your target market, is important since a poor choice might cost you your valuable time and money.

It might be difficult to choose which mobile operating system is best for you to release your app because this depends totally on the nature of your company and the size of your customer base. This is a choice that has to be made after a careful examination of the target market and consumer base.

The cost of developing an Android app varies from that of an iOS app since each of these operating systems has advantages and disadvantages. Therefore, you must consider several elements and comprehend how the variations between both operating systems effect the cost of building an app when estimating how much it costs to create an Android or iOS app.

How long does it typically take to develop a mobile application?

An average smartphone app takes 400 hours to create. A mobile app, however, may be created in as little as 400 hours or as much as 400 hours. The exact timeline is mostly determined by how complicated your application is. Generally speaking, it will take longer if you want highly customised designs, specialised features, or unusual distribution channels.

Surveys from various businesses have revealed a variety of expense patterns. These thorough surveys may be able to provide businesses a general notion of how much an app costs. The median cost of an app was $171,450 in 2015, according to a survey conducted by an agency of the top 12 most reputable mobile app development companies. However, the infrastructure of the app—including its fundamental controls, integration of third part APIs, access to enterprise data, encryption and security, storage, and scalability—was what really drove costs.

A digital transformation business in Georgia issued a study report in 2017 that focused on the oversaturation of the app development sector. According to the research, 62% of businesses have a backlog of apps in development, while the remainder have voiced concerns about a lack of developers in the market.

Another research study indicated that about 36% of firms were dissatisfied with the time it took to develop a mobile app, which was shown to be 6 months or more. It went on to say that the typical price to design an app is $140,000.

Another survey was conducted in 2018 in which 12 leading mobile app development businesses were questioned on the primary factors influencing the cost of developing mobile apps. Following the business logic, which indirectly relates to the complexity.

The amount of features, and the number of devices an app is being produced for, it was discovered that complexity was one of the top drivers of the cost of developing mobile apps. The cost rises with the complexity of an app.

Here is the best option to get NEMT Billing Services. 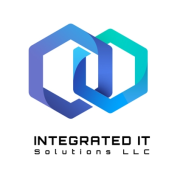