Weddings in India are not just the union of two hearts or two families; it is more than that. For example, we have the most diverse cultures compared to other countries in the world. And each culture has its own tradition and ceremonies when it comes to its wedding. Gowda matrimony has one of the unique traditions in the Indian matrimony culture.

Gowda matrimony is a wedding ceremony that happens in the southern part of India. The southern states have different communities and traditions also vary for each community. Gowdas are the Kannada-speaking people with origins from the Karnataka state. Karnataka is a beautiful terrain filled with amazing people and customs followed by them. Let’s look at the customs and traditions followed in the Gowda matrimony.

Nischay tamulam is the first pre-wedding ritual which resembles the beginning of the Gowda matrimony. During this ceremony, a priest will match the horoscope of the bride and groom. After this, the priest will decide the auspicious time for the wedding based on the horoscope matching. Then they will use the time and date on the invitation cards. In addition, the parents of the couple will exchange gifts for the couple.

Naandi is a pre-wedding ritual that takes place a few days before the wedding. This tradition consists of puja to make sure that the Gowda matrimony happens without any problems. Usually, people will a copper pot with holy water and close it with coconut. And then they keep that pot in the house. People from both the bride and groom’s sides have to perform this puja.

After Naandi, the Kashi yatra will take place before the weddings. This is a fun-filled ceremony where the groom will try to leave the bride behind. This resembles the time when men leave their families to make the yatra to Kashi. When the groom tries to do the same bride’s father has to stop him. He has to convince the groom to marry his daughter. After the conclusion of this ceremony, the wedding rituals will taksim escort begin.

The wedding ceremony in the Gowda matrimony begins with greeting the groom and his family members to the mandap. Five married women have to invite everyone to the mandap by showing aarti to them.

After greeting everyone, then they have to perform the mandap puja. The priest will perform this to purify the mandap to add more auspiciousness to the Gowda matrimony.

After mandap puja, var puja will happen. In the Hindu matrimony ceremony, the groom is portrayed as the reincarnation of Lorn Vishnu. So the bride’s father will accompany him to the mandap and make him sit on the mandap. The bride’s father also then washes the groom’s feet before the puja. Once these things get over, then they var puja will happen.

After var puja, Jai mala will take place. The bride will enter the mandap with her face covered by a peacock feather. The Sister of the bride has to hold the feather. This is to make sure that the bride and groom won’t see each other before chanting the mantras. Even after when the couple sits near each other, they are not allowed to see each other.

A cloth curtain is used to stop each other from seeing each other. Once the priest starts to chant the mantras, then they will remove the curtain. After this, for the first time, the bride and groom see each other in their Gowda matrimony. Then they have to exchange the flower garlands. After this, the groom will tie the thali around the bride’s neck.

Dhareherdu is the south Indian version of kanyadaan. During this ceremony, the groom has to hold the right hand of the bride in his right hand. Over the hand, they will place a betel leaf and then a coconut. The bride’s parent has to pour holy water as a resemblance to dhaara.

The post-wedding ritual begins with okhli, which is basically a game. They will drop the groom’s ring in a pot or bowl filled with coloured water or milk. Then the bride and groom will compete to win the match ad there will be three rounds. The person who wins all three times or maximum times will be the winner. And it’s a belief that the winner will tackle all the challenges that come their way.

After the Okhli, they will move to the vidaai ceremony. In this ceremony, the bride will say her goodbyes to her family. The bride’s brother will accompany her to the groom’s house and will stay there for a night. 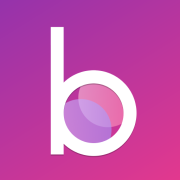 Things To Remember While Choosing A Ladies Hostel

Which Is The Best Astrologer For Making Kundali Online?