A recent study by Coding Syosset shows that kids who learn coding and robotics at school in kindergarten through 12th grade are better at applying what they learn, more engaged in school, and perform better overall on standardized tests than their peers. As the world becomes increasingly digital, it’s crucial to not only focus on coding but also on robotics, in order to prepare kids for their futures both inside and outside of the classroom. Let’s take a look at why learning coding and robotics at school is so important?

Once students have learned basic concepts of coding, they’ll be ready to start developing applications. At first, students will want to develop apps that are fun, such as a game or an app that creates music. However, once students start coding on their own, they’ll want to develop something practical—perhaps an app that helps them keep track of their homework assignments. Whatever apps kids choose to create with coding basics, these projects can be expanded into full-fledged robotics projects in later years.

Robotics is used in a variety of contexts, including manufacturing, health care, agriculture, and flying drones. Robotics is a broad engineering discipline with several sub-disciplines such as mechanical engineering, electrical engineering, computer science, information science, artificial intelligence (AI), and mechatronics.

A few benefits of learning robotics and coding

1. A report from Ball State University found that 80% of manufacturing jobs require knowledge of robotics, mechanical devices, and computers. 2. Businesses will be looking to fill over two million computer science jobs by 2020. 3. Wages have been on a steady incline since 2003, with an especially large jump in jobs requiring coding skills between 2014-2015 (about 17%). 4. Robotics is already being used in hospitals to perform surgeries, and handle patients with extreme care. And make hospital stays safer for everyone involved.

Why learn to code?

Computers are hugely prevalent in all corners of our lives, from our phones to our cars. Understanding how they work is a beneficial skill that students can carry with them throughout their life. If you’re interested in knowing more about programming and robotics.  Then there are robotics coding classes designed specifically for kids. Most schools today offer robotics classes during summer or after-school programs that give young students a chance to learn and interact with robots while developing important technical skills along the way.

How to encourage kids to learn about robotics and coding

It’s a great way to introduce kids to technology, but there are also other advantages to teaching robotics and coding. First, it can be much easier than most people think—that is if you have a good robot programming course. Second, kids who get into robotics tend to do very well in school. In fact, one study found that students who take an introductory robotics course outperform their peers on standardized tests.

We have been running robotics coding classes in the USA. These sessions are always a success. During these 3 hours, children get to design, code, and test a robot with motion sensors. They will learn to use technology to control robotic mechanisms in real-time. It is one of those activities that brings together technological skills and creative thinking through computer programming languages. During these sessions, children can use new technologies (such as Raspberry Pi) that make it easier than ever before to build complex machines that could have been previously out of reach due to their cost or complexity. 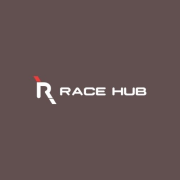 All About Soundproof Doors