Bandhgala or Jodhpuri Suit are royal attire and give a classy look at the same time. If you choose Bandhgalas or jodhpuri suits people will check you out at the event, nobody remains unnoticed. It gives bold vibes. In men’s, clothing bandhgalas are the new trendsetter and are quite popular at the wedding. You look majestic.

Bandhgala suits are for everyone, not a specific age and it goes to every event or its wedding.

The bandhgala or Jodhpuri suit is formal Indian wear for men that fusion the ethnic style of clothing with a hint of western cuts. A Bandhgala suit has a pair of trousers with a fully buttoned high collared, coat.

The bandhgala suit originated in the Jodhpur of Rajasthan during the mid of 19th century.

The bandhgala suit is a mix of two types of clothing. First, it resembles with which the British or Scottish people. On the other side, these tailors in 19 century used to make classical and royal outfits for kings and princes like Angrakha kurta and Achkan jackets. Once they mix both the styles and made fusion, which gave a rise to semi-formal to formal clothing. 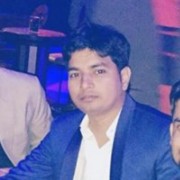 How Do You Figure Up Your Personal Loan's Monthly EMI?